March 15---Following the first QR code drone show made in Shanghai, China last year, another drone QR code stunt amazed the locals of Austin, Texas, after the enormous marketing ploy was seen over the city's skyline during the opening show of the South by Southwest (SXSW) Festival.

The SXSW festival is an event that celebrates the convergence of tech, film, and music industries. And it was the perfect venue for Paramount+ to make a literal paramount advertisement by using 400 drones to form a QR code over Austin's sky and promote their upcoming sci-fi original series 'Halo.'

The QR code in Austin links to the trailer of the series when scanned, which created an instant buzz among the people in the city.

The 'Halo' QR code drones truly amazed people, and it was an effective way to promote the series.

The drone QR code over Austin was seen several times on Monday night at 8, with its best viewing site from around Rainey Street, East Side Tavern, or The Fairmont.

'Halo', the series plugged by the QR code drones, is a military science fiction media franchise produced by Bungle. 343 Industries currently manages and develops the franchise, while Xbox Game Studios owns and publishes it.

The sci-fi series promoted by the drone QR code in Austin will debut on Paramount+ on March 24.

Related: How to generate a QR code in 9 steps

The QR code seen in the Austin sky is only one of the many drone QR code advertisements that left the audience in awe.

This massive marketing stunt is quite the trend today.

Here are some of the drone QR code marketing displays that you should know about!

Aside from the 'Halo' QR code drones, Sky Elements Drones also made a Drone Show QR code that redirects scanners to their main homepage, showcasing the type of drone show they can offer to their potential clients. 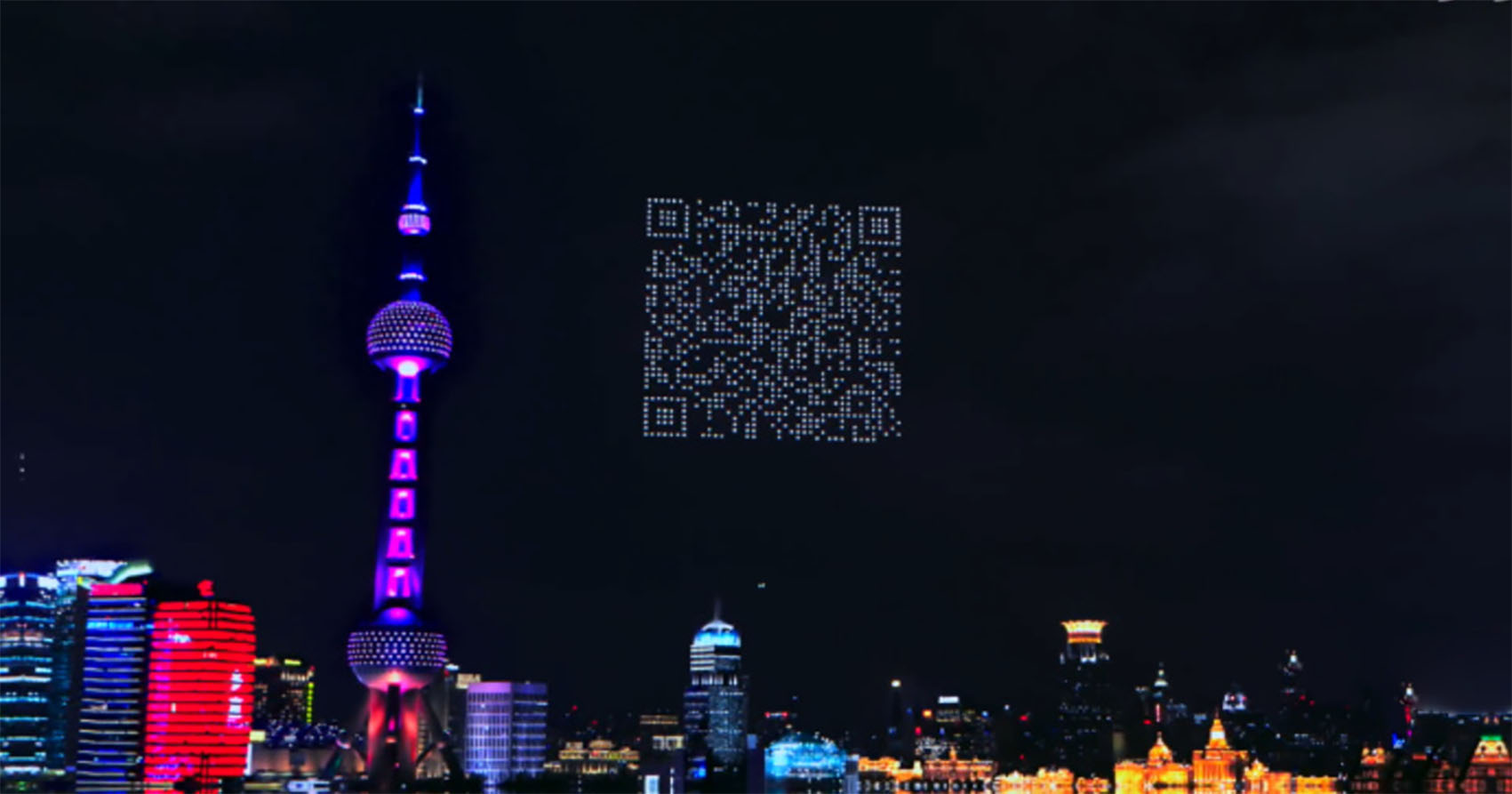 Similar to the Austin drone QR code, Cygames and Bili Bili kicked off their Historic Princess Connect Re: Dive Anniversary show at dusk by flying 1,500 LED drones over Shangai in 2021.

During the event, these drones flew over to the skies and transformed into Princess Connect Re: Dive characters such as Labyrista, Hiyori, Chika, and Kyuoka.

A QR code such as the QR code in Austin is formed in the final part of the show and redirects the spectators to the gameplay when scanned.

As part of ViacomCBS's launching of their video streaming app, Paramount+, in Latin America, a drone show was made in Mexico City.

Famous TV shows and movies available on the streaming platform were formed using 300 drones during the drone stunt show. These include Spongebob Squarepants, Mission Impossible, Forrest Gump, and many more.

Celebrating the new beginning amidst the COVID-19 pandemic, the New Year's Eve show in London, UK, made a drone show where 500 drones are used to execute a performance in the skies.

The drones depict some of the most iconic moments of 2020, including The Nightingale, Captain Sir Tom Moore, and Sir David Attenborough's turtle.

The drone choreography lit up the city's skyline alongside its fireworks and lighting.

The Austin drone QR code only proves that QR codes can open many possibilities for many industries.

Now that a new mass marketing era evolves in the creative minds of free-thinking individuals, the Paramount+ QR code over Austin establishes a new innovative marketing goal in advertising their new series to their target audience.

With drones and QR codes paving the way for a ground-breaking type of advertising, you should not pass up on the potential that QR code technology can provide for you.

If you want to plan your next marketing efforts with QR codes, you can do so today by creating a dynamic QR code with the QRTIGER QR code software and making the most of your QR marketing campaign!

Related:  Successful QR code campaigns and how these brands are killing it!