Do QR codes expire? Free QR codes, most commonly known as static QR codes, are generated using a QR Code generator online and do not expire.

You can generate as many static QR codes as you want with QRTIGER QR code generator online, and the validity of your QR codes will last for a lifetime.

However, if you choose an advanced, editable, and trackable type of QR code, a dynamic QR is a better option in the long run.

Dynamic QR codes offer a variety of features that is useful in business and marketing. However, it will require your active subscription.

Although dynamic QR codes will require you to pay for their service, it is more beneficial in the long run than their static counterpart. 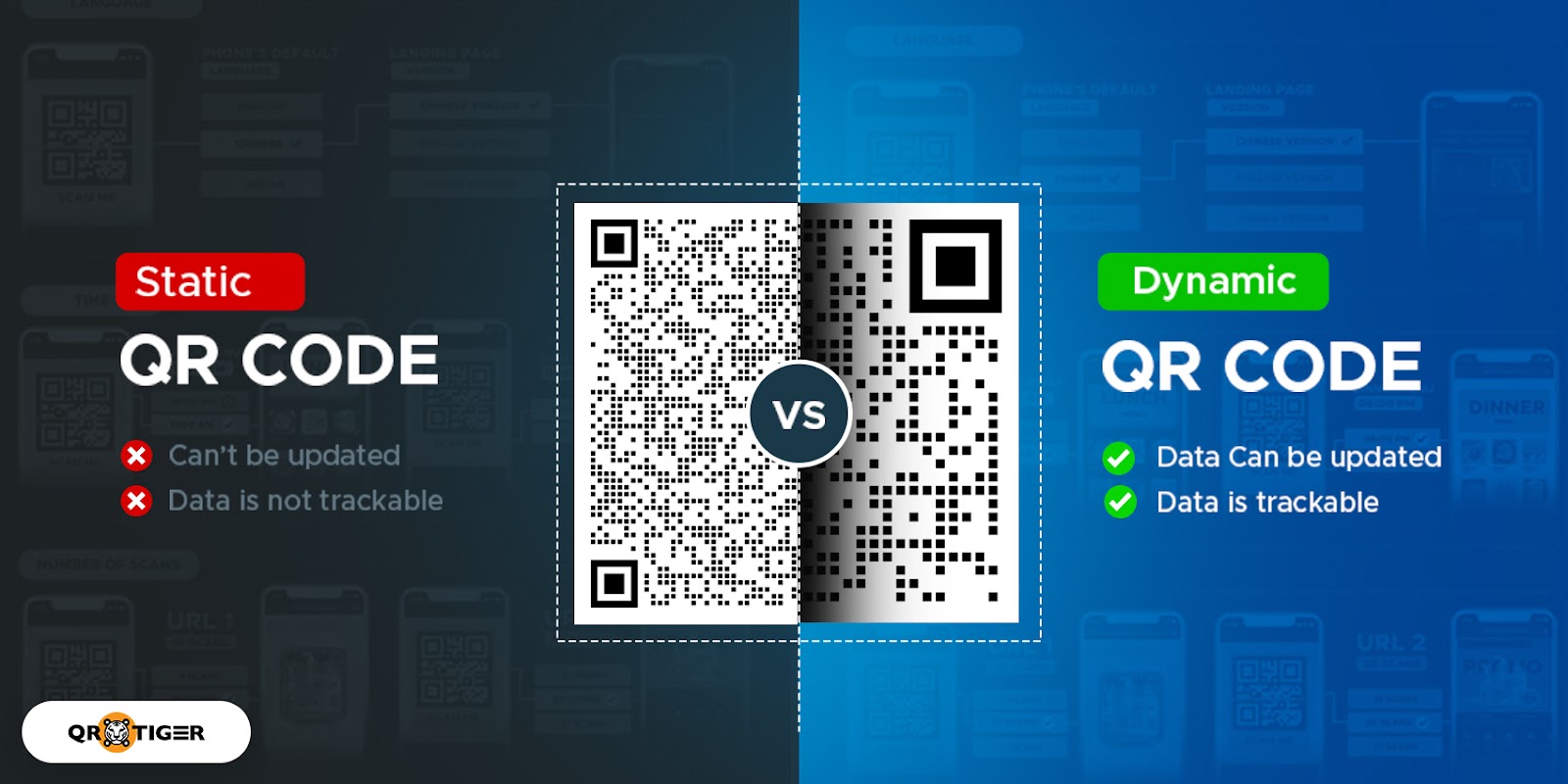 People can choose between two QR code types when generating a QR code.

Static QR code, on the other hand cannot do that but the upside is that its free.

As previously stated, a QR code’s expiration will always rely on its QR code classification.

Static QR code (Free and does not expire)

When a user generates a QR code using a static QR code, the data embedded in the QR code is unchangeable and will redirect the scanner to permanent information.

Static QR codes are free, but you cannot change the embedded data and can’t track their scanning activity. But how long do QR codes last?

The good news is that static QR codes provide an unlimited scan and never expire.

In addition, the user can also track his scanning activity, such as when the QR code receives the most scans and the location of his scanners.

In addition, this eliminates the need for them to type lengthy links manually.

Nowadays, people often ask for Wi-Fi passwords right away when they arrive in hotels, tourist spots, metro stations, restaurants, and even at bus stops to stay in touch with the rest of the world.

In addition, public places are now using Wi-Fi QR codes to make it easy for people to connect to Wi-Fi networks.

With QR codes for surveys, you can find out what your audience has to say about your service which will help you improve your business.

The video you want to share with your target audience will open up automatically when they scan the YouTube QR code with their mobile devices.

With an Instagram QR code, users can share relevant posts and profiles with the users they want to reach.

Instead of using Instagram nametags to be scanned, you can use Instagram QR codes to send people to your profile.

Text QR code (can be static or dynamic)

A text QR code is a static QR code that can be made for free. And with QRTIGER QR code generator, you can encode words, numbers, punctuation, and even emojis. It can be as long as 1268 characters.

You will need to upgrade to a dynamic QR code if you wish to generate text QR codes in bulk.

Social media QR code to connect all your apps

It can boost their internet exposure, especially if the company uses social media or e-commerce sites like Etsy.

When clients scan the QR code, they’ll be redirected to a mobile-optimized landing page with all their social media and company pages.

They can tap their cellphones to follow or browse your business pages. Users can add a video preview, YouTube videos, meta tags, and store business hours to their QR code.

Scanning a social media QR code will take you to a web page that links and connects all your social media channels and digital resources.

It will make you more well-known and improve your chances of getting new customers and business partners.

For example, vCard QR codes in healthcare is a dynamic solution for healthcare providerscontaining information from an electronic business card.

The QR code can contain various basic details, including contact details, an address, affiliation with a company or organization, social media profiles, a website, an email address, and much more.

By also using the bulk vCard QR code feature you can add multiple QR codes on one page for seamless production.

It could be a PowerPoint, Word, Excel, Mp4, or many other files.

Create your landing page with the H5 editor QR code

Using it can tell people that scanning the QR code will automatically open these landing pages.

These pages work like a URL or a QR code for a website, but they are customized and made for mobile use.

In addition to being able to make a landing page, the H5 editor QR code solution can also be used to make an image gallery.

Image gallery QR code is a solution that makes it easy to share many images by just sending out a single QR code.

A  A multi-URL QR code is a dynamic QR code that can store several links or URLs in a single QR code, redirecting people based on specific parameters, like time, location, number of scans, and language.

users to the app’s download page on the app shop when scanned (IOS or Android).

One good thing about dynamic QR codes is that they are more user-friendly than static QR codes. As mentioned above, users can track their scanning activity and edit the URL or the content that has been embedded in it.

In that case, users can save time, money, and effort as they no longer need to print another QR code when they edit its content.

Stated below are the best and most advanced features of a dynamic QR code:

If you are a user and want to track your QR code’s scanning activity, you have to generate it in dynamic form. Unlike static QR codes, there are a lot of things you can do with dynamic QR codes.

Aside from being able to edit its content, you can also track its scanning activity.

QR code tracking analytics allows you to understand how your target audience behaves towards your QR code campaign and if you are getting QR code scans.

So, QRTIGER Google Tag Manager retarget tool acts as one of your GTM containers, letting you track and retarget your customers’ behavior.

After your customers scan the QR codes, QRTIGER’s retargeting feature will track them and repeatedly show them relevant content.

You will be able to use the information to make ads and campaigns that are more targeted.

In addition, the notification will be sent automatically to the QR code owner’s email address.

Organize QR codes in a folder

Additionally, even if a user deletes a folder, the QR code will remain in it.

If your QR code has fewer than 20 scans and you want to know how many people scanned it for a specific campaign, excluding test scans, you can quickly reset it.

QRTIGER is an advanced QR code generator that gives you several options and allows you to design your QR codes, including the layout and design you like best.

Moreover, it is also an ISO-certified QR code generator that assures you to protect your personal information and the information you place in your QR code, even if it’s static.

Use QRTIGER QR code generator now to create a free QR code with a logo and try it out yourself.